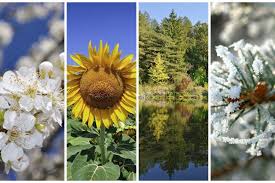 Possibly my favorite part of our move from Florida to Virginia have been seasons.

I didn’t realize how much I missed the variety, the colors, and the smells.
I always found it amusing that in Florida we could decorate the front yard with blow up snowmen, fake icicles hanging from the rafters, and sticker snowflakes on the windows and yet on December 25th, we were at the beach. Really. It was a family tradition.

Fall with its colors and changes brought about a wonder and awe in me. The thought that death (in a sense) was coming for nature, but that soon, new life would appear.
I’m learning that in the world of grief, there are seasons as well. Each new cycle of time brings me back to the year of Molly’s illness and death.

It was very subtle at first. I would have off days that would turn into weeks, and then suddenly it was a month into it and I didn’t understand what was going on.
But now I am more aware.

Summer is the beginning of it all. And I realized that as my brother and his family headed off to a camping trip.

Though at first glance it may seem an odd thing to get upset and cry over, once you know the back story, it becomes clearer.

Three years ago, when Molly was diagnosed, I stood outside of the hospital with my phone in my hand and a numb sensation running through my whole body. I was on the mission of calling our family members to give them the news that was hard enough to hear, but much harder to say.
This particular week, like now, my brother and his family were on a vacation together camping, swimming, fishing, and living life so freely. I was about to drop a bomb on them and ruin their fun and there was a pause as I held the phone. I didn’t want to ruin their vacation. I wanted them to live in this dream for a little longer that life is simple and always good.
As I got a hold of them, my mouth went dry and I eeked out the ugliness of the conversation. Molly was going to die. We just got news. We didn’t know what would come next, but we knew that no matter what we did, the outcome would not be in our favor.
My brother got on the phone. He couldn’t speak. All I could hear was, “I am so sorry.” Then he handed off the phone and wept.
This is the beginning of my summer season.
While many are thinking of summer plans such as vacations, sleeping in, and water fun, I sit here and feel the numbness of that day, that week, that season.
When your options are few and your days are numbered, you cannot help but feel powerless. My arms are heavy even now as I type with the weariness of those months. 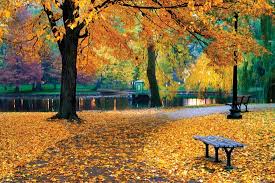 Like the season, fall was the happiest of times during Molly’s diagnosis. We had finished radiation, symptoms were minimal, and there was a trial that brought hope and a renewed sense of purpose ahead.  During this season, life, though always on the edge of something new, gave a sense of hope and determination. Would the trial be helpful? Would Molly be given more time? Would they find a cure through the work being done? The electricity was in the air and we were feeling energized.

But like the fall, our hopes and dreams began to fade and die as we watched Molly have no improvement from her surgery. In fact, she began to decline and symptoms became more and more prevalent. I feel this disappointment right around the time of year where thankfulness is widespread: Thanksgiving.  I am very grateful that this holiday falls smack-dab in the middle of all the emotions of November because I am reminded to refocus and remember how far we have come and how much we still have.

But the winter still approaches.

And it’s at that time that things seem almost the darkest.
News came in February that Molly’s tumor had grown significantly and that hospice was our next step.
On those short, sunless days I am reminded of the moment it all became very real to us.
They rolled in a hospital bed.
They hooked up an IV.
They set up a commode.
This was it.
But really, it wasn’t. Because spring was coming and Molly wanted to be a part of the newness.

With life comes death and just like spring, changes were happening in our family.
Roots dug in.
Rain watered our earth so that we could grow, together.
She left us that spring.

And then the full cycle of the seasons was complete.

And then they began again.

Here I am, starting a new summer.
The new life of spring and another has washed over me and I carry on.
But there is a small part of me that is starting over into the summer of 2014 where I suspect a piece of me will always return to.
The seasons change and I, too, change with them, ebbing and flowing with the course of life.
Maybe you have your memories of seasons. Some good. Some not.
I encourage you to embrace them, no matter what they are. I know that these seasons are imprinted on me forever. And though it may see sad or dark, it is alright to remember, to mourn, and to acknowledge the heartbreak. For with it comes healing, strength, and gratitude for what was and what is.