I was recently asked to speak at a bridal shower for a friend that will be getting married this summer. I laughed at the thought of me giving any sort of advice since it feels like I got married yesterday. But as I thought on it, I realized I had two reasons I could offer any advice to this soon-to-be bride.
One was that although we are going on 15 years in November, we crammed a whole lot of marriage in that 15 years. We have lived in 7 different homes, lost 5 babies, had numerous separations, shared in three births, and watch one child die. Though 15 years doesn’t sound like a lot, there are days where I feel we have really filled it up with so much.
Second, and really the more important of the two, I feel that I could be honest about the ins and outs of it all. I have always carried the philosophy that if I made a mistake and learned from it, I would happily share it with anyone who asked, in hopes to help them avoid the same fall.

When I sat down and thought of what my mantra of marriage was, I came back with K.I.S.S.
No, I am not talking about the romantic, loving gesture that so many lovebirds participate in. I am referring to the words that I repeat to myself so often, because life gets too complicate.

So, in keeping it simple, here are 5 things truths in marriage that will keep things happy, healthy, and fun-tional! 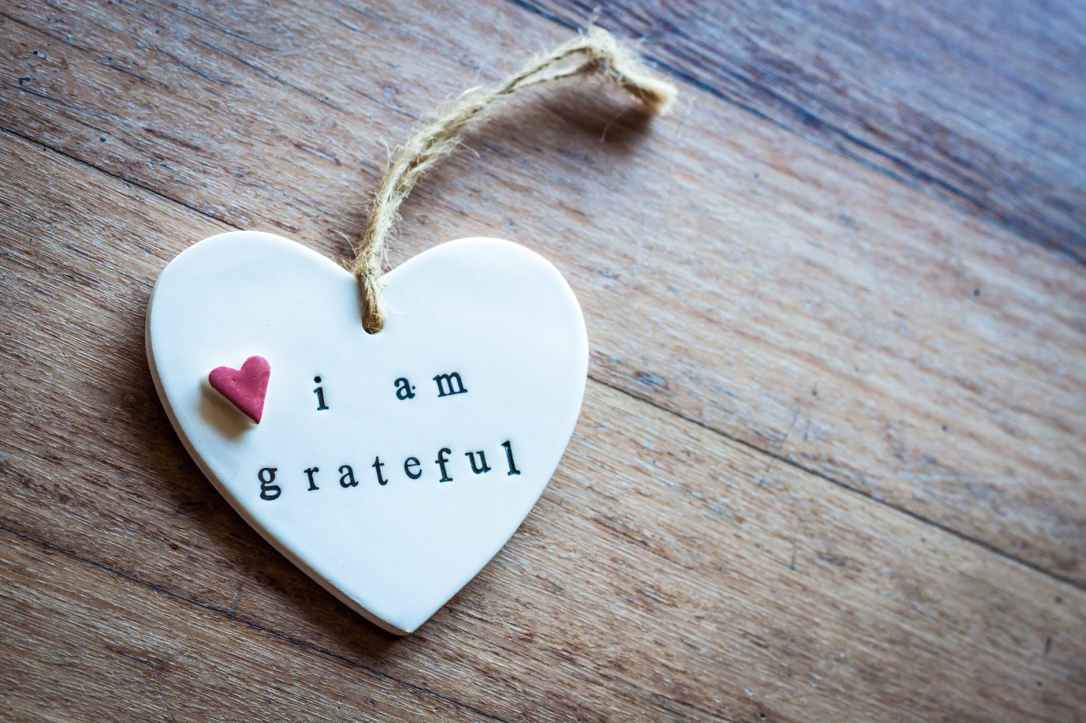 Years ago, when we were newly married and dirt poor, I came across this amazing garbage can. I bet you didn’t know garbage cans could be so amazing, but they totally can be.  This $50 can, (you read that correctly), was the garbage can of my dreams. What can I say? I am a simple kind of gal. Stainless steel metal, sleek contoured shape, and a powerful sealing  lid made THIS the can for me.  (I really think I should be a writer for catalogs. Don’t you want this can now?!)
My modest, frugal, functional husband thought I was out of my ever-loving mind and refused to buy it. So like every newly married bride who is penniless, clueless, and perhaps a little obsessive compulsive, I bought the can. I am pretty sure He gave the OK, but I also think I had one hand tight around his neck, in a hug, of course, and one hand tight on his wallet.
The newly purchased garbage can sat shiny and glorious in my kitchen. I stared at it for a moment, just so excited for all of its possibilities… to hold trash. I proceeded to put our very first bag inside when suddenly I realized we had a problem. Though instructions were included, I didn’t read them. I figured I could easily figure out my way around a trash can. But I struggled with getting the bag in neatly. That is, to my military, type-A husband’s standards. I tried to hide my struggle. As he started to walk towards me, I reassured him that I had it and that I just needed to “readjust my grip.”
Maybe on my grip to the reality of the situation. The one where I spent $50 on a garbage can that would then need… no lie… years of lessons on how to use.
You may think I am exaggerating, but I tell you the truth. For years, whenever I would put the bag in the can, Peter would come and fix it. Sometimes he would mutter under his breath, sometimes he would huff, and sometimes he would simply laugh at my inability to not be able to master a garbage can!
Years went by, we STILL have this can. We got our money’s worth. HA! Who was right after all about THAT purchase?! But now, my sweet husband just does the garbage changing for me. He, without complaint, will come at my beck and call and change the bag.
We both stopped focusing on the bad, and found the good.
What I mean is that many times in the beginning, I would get so angry at him for correcting how I put the bag in. I hated that he was being critical and I wanted to slam his head inside the can so he could get a better look at the great work I was actually doing.
But then I realized that he would never complain when I asked him to take out the garbage. He would get up from whatever he was doing and take care of it for me, no question.

Gratefulness is so important in matrimony.

Bitterness, anger, and negativity are so easy to build up over the years of familiarity. In the early days together, it was so easy to point out the wonderfulness about one another, but time taught us that the rose colored glasses fade and a new prescription needs to be filled. Those new specs look for opportunities to see the good in one another and bask in that instead of the negative.

Do Not Be His Holy Spirit

We all have faults. It is really a miracle that any marriage makes it past the first week. You take two people, opposite genders, different backgrounds, cultures, and/or sometimes values, and you are screaming for trouble. Learning to live with another soul has its challenges, but one thing that it should not have are two Holy Spirits.
Call it nagging, scolding, pestering, or bugging, it all means the same thing, doing a job that ain’t yours to do.
I’m not talking about making your voice be heard if there is a problem within the relationship. Of course, if you see a critical issue, something needs to be said. My point is the constant berating to try to accomplish and end goal: your success.
I have never seen a job done better by a person, than by the One that created them.  Allowing the Holy Spirit to work on your spouse’s heart and make changes from within will not only have a lasting effect, but a happier one too.

I don’t know where we would be without laughter in our home. We are always giggling, tickling, pranking, and teasing one another. It carries over to our girls as they watch us live it out, they get into the action. I can’t imagine our lives without it.
This world is full of heavy and seriousness. My husband, being military, often has long days, big decisions, or even in the past, safety concerns. The last thing I want him to have to come home to is a stifled, stiff  lady who finds fun in nothing.

I tell him on a regular basis that he married me because I was way too much fun and he was none. Though that is totally not true because he has been known to pull the best pranks and have the quickest wit, I love to tease him because everyone on the outside thinks he is so serious and intimidating.
When we laugh together, we can live together. Living on the light side helps the bond grow tighter and always makes being together that much better.
In fact, to give you an example, we are currently going through a game of find the deodorant top. The plastic top of Peter’s deodorant keeps getting shifted around the house in unusual, and often annoying places. May seem dumb to the average person, but we get such a kick out of it when the other finds it. We keep trying to top one another. (Currently, it is in his pillow case. Prior, it was in the silverware case in the dishwasher. My favorite so far, in the Scentsy warmer with the wax. Took me weeks to find that one.)

I have never been one to be shy on my blogs about sex, because honestly, I just don’t get all the taboo. It is what makes the world go ’round. So this case is not going to be any different. So you have been warned.
Peter and I have a policy in the house that we don’t say “no” to one another. This does not mean we have sex every night or that we have some kind of addiction. This simply means we decided years ago to put into practice the verse in I Corinthians about, (this will be paraphrasing) giving it up when they want it.
Putting aside cases of obvious abuse or health issues, to not freely give your spouse this natural need and desire is not only hurtful, but could be detrimental to the marriage.
Before you say, but Julie, you do not know X,Y, and Z, let me tell you that I am like every other woman in the world. I am not 100% in the mood all the time. I work all day, am touched 87% of the day by kids, and have hormones. But I also realize that when my husband nuzzles in, he’s telling me he has a need. One to be close, release tension, or a little of both. I won’t deny him. And the same goes the other way.
I realize that it will not always be easy, but when I view sex in the eyes of taking care of a need and loving my man, then it makes my job so much easier. This not only includes doing it, but hinting my desire for it during the day, initiating it when he hasn’t hinted, and sometimes, just flirting around the house to let him know what is to come later.
My point simply is, get it on!

Pray for Him Always 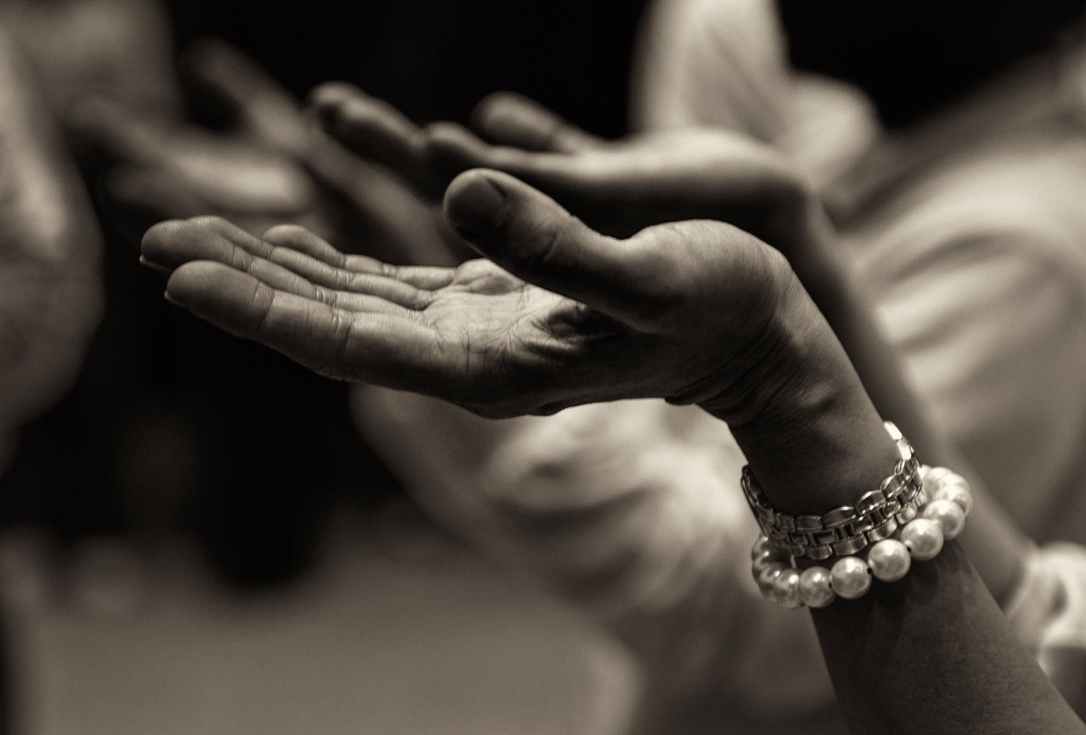 I cannot emphasize the importance of this one. Marriage, God’s first institution, is under attack every single day. The enemy doesn’t want there to be success, like strong men to lead their families, wives that nurture and love their family,  and families that serve together. The enemy wants it to fall apart. And as I told my soon-to-be bride friend, whether they know it or not, their marriage was already under attack.
We need to fight for one another on our knees, constantly interceding and expressing our frailty and need for God’s hand.  We need wisdom to make big and little decisions. We need purity of mind and heart. We need patience when we get on one another’s nerves. And most of all, we need Christ at the center of everything.

Marriage is a crazy road full of bumps, hills, and dirt patches. But the scenery can be lovely along the way. You get to see joy, laughter, and love. You get to smell the roses and be refreshed on a regular basis. Have fun with it all and just keep it simple.